The Maldives is an archipelago of 1,190 small low lying coral islands spread over 34,750 square miles of ocean. Dry land (i.e. the islands) only constitutes 0.331% (115 square miles) of the country’s total surface area. The country’s population of around 400,000 is distributed widely and unevenly across the 198 islands that are permanently inhabited.

These unique geographic and demographic characteristics pose major development challenges for the Maldives (e.g. social service provision, transport infrastructure development, access to markets). Yet despite these challenges, the Maldives has achieved an incredible level of economic growth and development over the past twenty years. A strong private sector-led economic performance has enabled the country to achieve an average growth rate of 9 percent since 1978, with the result that the Maldives now has the highest per capita GDP ($8,600 in 2011) in South Asia (up from approximately $800 in 1984).

As a result of this impressive economic performance, on 20 December 2004, the United Nations took the decision to officially graduate the Maldives from Least Developed Country (LDC) status. While the Maldives was initially proud of this accomplishment (it was the first time an LDC had graduated in this way), this pride turned to concern four days later when the Asian Tsunami decimated the Maldives and its economy. As a consequence of the Tsunami, in mid-2006, the UN decided to extend the Maldives LDC status until 1 January 2008, at which time a three-year transition period for graduation will commence.

The largest contributor to the Maldivian economy is the tourism industry. However, the nation also enjoys substantial fisheries and agriculture sectors.

With regards to Tourism, there is currently more than a billion US dollars invested in the industry with a bed capacity exceeding 25,000. In 2012, Maldives is set to receive over a million tourists, who will come to some of the most exclusive, sustainably built resorts in the world. Being the mainstay of the Maldivian economy, it contributes to the flourishing of other sectors as well.

The local fishing industry supplies much of the resorts, as well as exporting to countries around the world. The fisheries sector currently employs 20% of the active labour force and is one of the primary livelihood activities in the Maldives. The sector also provides tuna, which is the dominant source of protein in the country and remains important for food security.

Agriculture is the income source for approximately a quarter of the rural labour force and domestic produce has gained market share significantly in recent years. Though arable top soil is minimal in many islands, local farmers have started using organic hydroponic systems, producing better quality products for an increasingly demanding demographic.

The Maldives’ robust economic performance over the past twenty years has in-turn allowed the country to invest in its social development. Since 1978, infant mortality has been reduced from 120 per thousand live births to just 14, while life expectancy has increased from 48 years to 72 years. Impressive progress has also been achieved in the field of education: the literacy rate in the Maldives now stands at 98%, the highest rate in the South Asia and Indian Ocean regions. All of these achievements will help to ensure that progress in the Maldives is sustainable in the long-term.

Moreover, the Maldives’ economic success story has not been achieved at the expense of the environment. The Maldives understands well the beauty but also the fragility of its natural environment and has taken a wide range of measures to protect and conserve the local ecosystem – measures which have received considerable praise from the international community.

However, despite this success story, the Maldives economy remains particularly vulnerable. This vulnerability stems in particular from the country’s unique geography (i.e. lack of land, small size of most islands, large distance between atolls), from its demographic character (i.e. small, widely dispersed population groups), from the narrow focus of its economy (which is heavily dependent on just two sectors – leaving it at risk to external price shocks), and from environmental challenges (e.g. the threat of changing sea-levels). [Section being updated - latest development strategies. 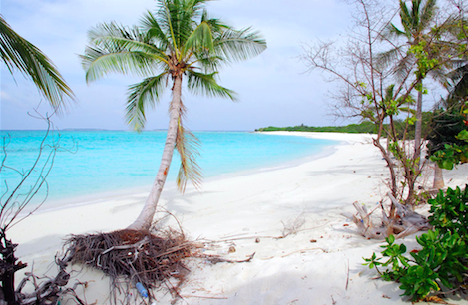 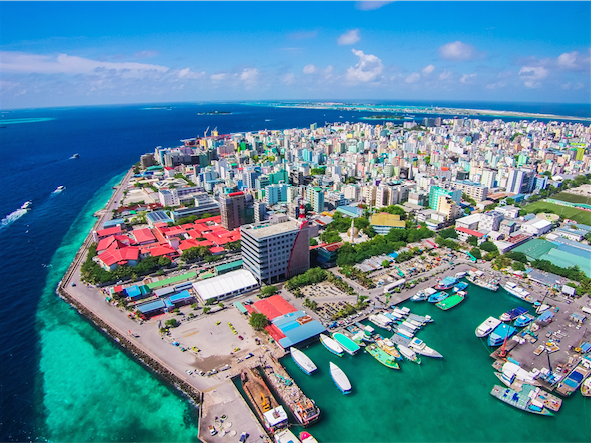 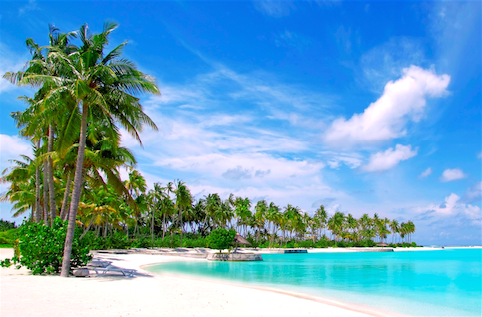